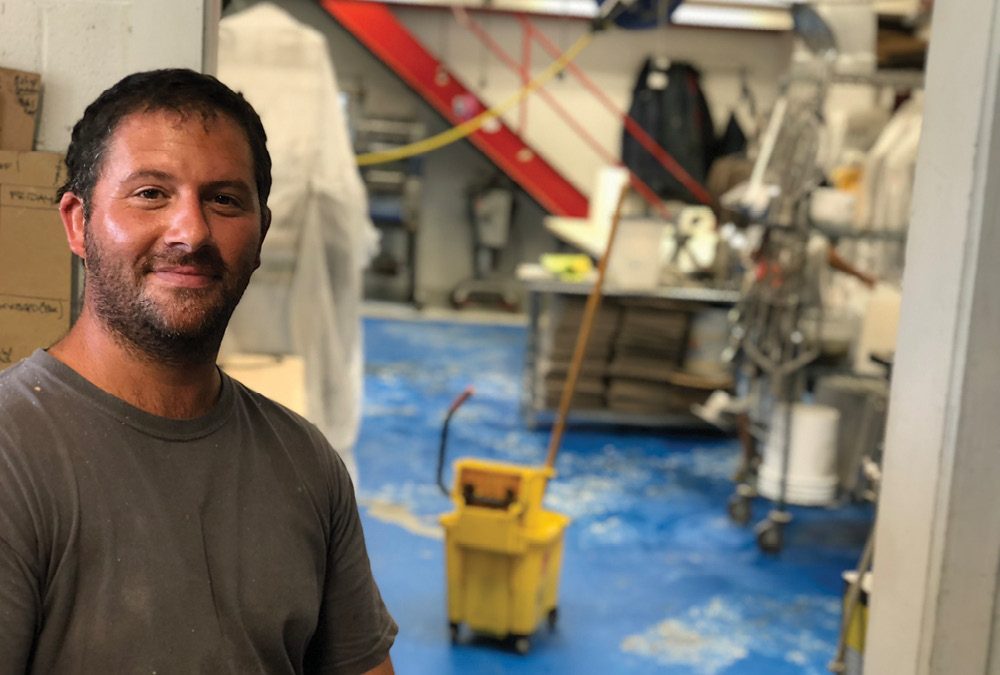 The dream of turning Wappoo Road into an “artisans row” may have just taken one step forward and avoided taking a big step backward.

Four years ago this month, the city and the county held a joint public planning workshop at St. Andrews High School to look into what could be done to improve the area. Led by members of both organs’ planning departments, ideas about drainage, zoning, traffic and the like were bandied about.

One of the ideas that emerged was the possibility of turning Wappoo into a place where local entrepreneurs could relocate to.

Three years ago, local pasta maker Brian Bertolini bought into the idea and spent several hundred thousand dollars to buy the 13,000-square-foot building that had been home originally to Crull Hardware and later Charleston Hardware.

Bertolini had become tired of making-do in a 1,200-square-foot cinderblock pill box on Wappoo owned by the Limehouse Produce next to where their vegetable shed had been torn down within shouting distance of Savannah Highway.

To this day, Bertolini and his company Rio Bertolini hand-turn out up to 1,000 pounds of fresh pasta a day, in many cases using local produce. They supply 200 restaurants in both Carolinas from this humble spot, which has various trucks, a gelato-selling tri-wheeler, and racks of rotating trays.

Also parked outside are humming, plugged-in electric freezers made for selling ice cream at convenience stores. These are the refrigerated boxes that are loaded into panel vans and trailers and shipped out to 20 farmers’ markets in both states.

Inside, the only thing lacking more than elbow room between the various mixers and pasta machines is a sense of calm. One worker has to go into a walk-in freezer, move two racks of trays of pasta to fish out some bucatini, which later turns out to be far nuttier than store-bought dried versions.

And they make sauces and butter. It’s tight.

Bertolini’s original plan was to retrofit the former hardware facility into an area where he could consolidate all of his cooking, packaging, shipping, and marketing of his pasta. And with the leftover space, invite another business into the long rectangle to share costs.

But with ongoing struggles getting approval from the county, Bertolini had decided to stay put in his pillbox and look for another spot. Options on the table include selling to the various buyers blowing up his phone.

Or he might leave for less crowded pastures, like Western North Carolina, where he could still supply restaurants here in Charleston but enjoy cooler summers and a more business-friendly environment.

“Charleston has just changed so much,” says Bertolini.

Then at the end of July Bertolini got another call from the county, seemingly paving the way so that everyone could be happy. Now, he says, he can’t afford to move into the space right away due the costs associated with maintaining the empty space for the past few years.

He says he will need to welcome in a tenant to offset some of those costs so he can retrofit his part of the building for his pasta-making efforts.

Bertolini may have found the perfect tenant in Katherine Frankstone. Frankstone and her husband have owned and run Grey Ghost Cookie Co. in an industrial park on James Island for the past five years.

They produce between 15,000 and 22,000 cookies every day, depending on the season. The best sellers are their lemon sugar and molasses spice cookies. They ship primarily to upscale groceries in 40 different states.

Their current spot features a massive convection oven that stands over 9 feet tall. They have two mixers, the biggest weighing in at 140 quarts, and an 18-foot-long packaging machine.

Impressive, but Frankstone says she still dreamt of having a retail store. A place where commuters could stop off and pick up a scone and some coffee for breakfast, a tasty sandwich for lunch, while also featuring other local artisanal fare.

Bertolini’s spot at 1028 Wappoo Road seems like a perfect fit. Insomuch that she also tried to put a bid in on it , but that was the day the pastamaker’s offer was accepted.

At this point, it seemed like a perfect marriage where both businesses could cohabitate. That is, until the county and the state DOT weighed in a couple of times.

Apparently, the parking at the front of the property was within the state’s right-of-way. That meant their spots didn’t count, and so the county earlier this year denied Bertolini a certificate of occupancy.

Parking has always been a problem there, where shoppers at the former hardware stores had to back out into traffic. Yeep!

Bertolini had already paid for architects and engineers for plans to reconfigure the massive interior. He painted and rehabbed the front section, and kept the air-conditioning running to keep out the mold.

Early last month, the county relented, somewhat. They grandfathered in the parking, but said only one business could locate there because, according to the county, “intensification of use (adding another business) would require the site to meet current ordinance requirements and the non-conforming parking would not be in compliance.”

This still left both artisan businesses in the lurch. But then the county further relented when it was pointed out that the site used to be home to various and several businesses. When asked why the usage was grandfathered in, but not the number of businesses, county spokesperson Shawn Smetana started poking around.

Smetana soon came back with what looks like to be a compromise. He now says that multiple businesses could locate there, as long as there was a cogent parking plan in place that didn’t rely on the spots in the state’s purview.

“We really just need to know the specifics,” says Smetana, adding that it would have to pass a site review by county zoning officials.

County planning contacted Bertolini’s wife and everything now seems to be lining up for Wappoo Drive to actually become an artisan’s row.

That means the Bertolinis may not have to start looking for a new spot. Still they remains wary. “Until we know for sure, everything’s up in the air.”

But if they do remain, and welcome Grey Ghost into the fold, West Ashley just got a whole lot more delicious.