A Tale of Two Stores 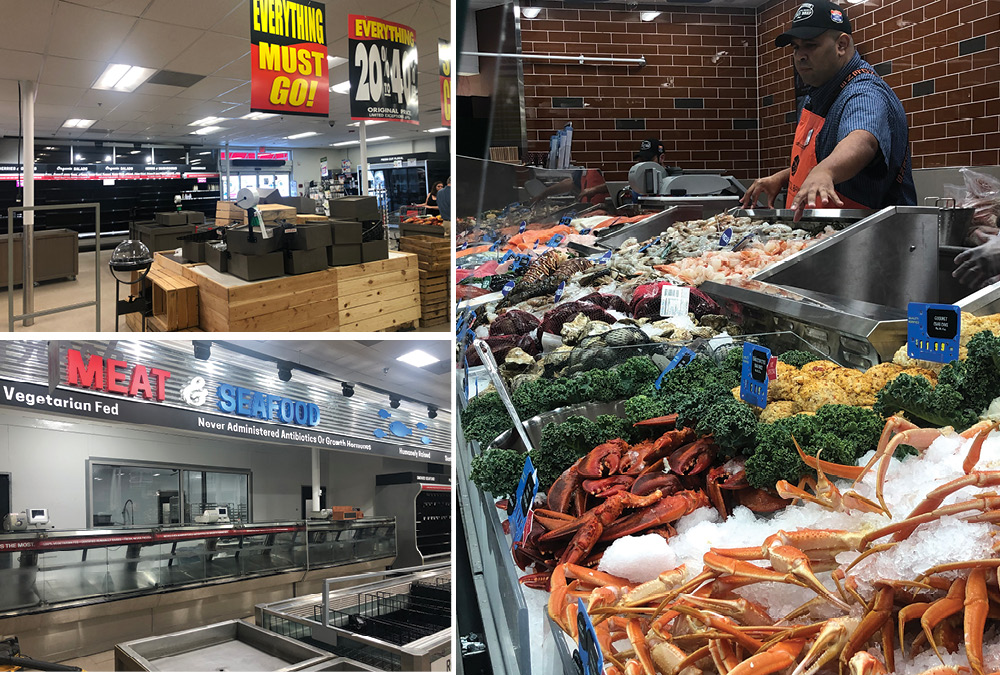 Not too long ago, much of West Ashley bordered on being designated a “food desert,” according to federal officials. A big swath of 29407 and 29414 was underserved with fresh food and access to grocery stores.

Then Harris Teeter opened on Savannah Highway. Then another one on Sam Rittenberg Boulevard. And as of last month, a brand new Harris Teeter opened on the West Ashley Circle, giving that part of town a much needed grocery shopping option outside of Wal-Mart. However, the biggest item in West Ashley’s grocery buggy — or at least the one that has had the biggest impact — remains to be the Whole Foods on Savannah Highway.

Has it made traffic worse? A little. Has it increased property values in nearby neighborhoods? Probably. Did it kill the Doscher’s IGA next door? Not yet. But it did seem to have a pretty devastating impact on organic food rival Earth Fare, which shuttered its doors on Tuesday, Feb. 25. Ironically, a grocery store devoted to eating healthy officially closed on Fat Tuesday.

The news that Earth Fare was filing for Chapter 11 bankruptcy and effectively closing all 50 were closing came to a shock to many shoppers and employees, many of whom reportedly heard the news at the same time as the general public.

According to its filing with the District of Delaware United States Bankruptcy Court, Earth Fare owes $63 million in bank loans. A potential buyer for the company fell through and that was the last straw for the super market chain, which began in Asheville, NC back in the 1970s. The second location opened in South Carolina in the South Windermere Shopping Center in 1997 where it became the anchor store to the oldest shopping center in the state.

After serving West Ashley for nearly a quarter of a century, the loss of Earth Fare was devastating to many who shopped there regularly. “I feel like there’s been a death in the family or something,” said Marie Barkley as she slowly pushed her buggy through the nearly empty aisles late last month, picking over what little merchandise was left on the shelves after a couple weeks of increasing discounts as the store liquidated.

But when the grocery gods close one door, they open another.

On Wednesday, Feb. 19, less than a week before Earth Fare closed its doors for good, a new Harris Teeter opened at 3865 West Ashley Circle, off of Bees Ferry Road at the entrance of the Grand Oaks subdivision.

“Harris Teeter is thrilled to introduce the Charleston community to their brand new Harris Teeter,” said Danna Robinson, communication manager for the grocery store chain. “Our shoppers will experience the same world class service they have come to know and expect from their Harris Teeter.”

Opening day it was hard to find a parking space at the Harris Teeter as hundreds of West Ashley residents wanted to check it out and see what new grocery store had to offer. The new store has many unique features, including hand-made lobster rolls, a trail mix bar, in-store smoked salmon, Asian hot foods bar, American hot foods bar, a Starbucks, ExpressLane Online Shopping, and a drive-thru Pharmacy.

In other grocery store news, Harris Teeter also announced last week that it was ceasing being open 24-hours at all it’s Charleston stores, including the Savannah Highway location that was previously 24-hours. All stores will now be open from 6 a.m. until midnight seven days a week.

Last month, an online petition began circulating on change.org petitioning to bring a Trader Joe’s to West Ashley. It has long been rumored that the popular grocery chain will open a location West of the Ashley, but to date there has not been any evidence that it is going to happen. However, the vacancy in South Windermere left by Earth Fare’s closing does pose interesting potential for a store like Trader Joe’s, with South Windermere’s proximity to West Ashley, James Island, and the peninsula. Unlike Earth Fare, which vied for the same space in the marketplace with Whole Foods, which is now owned by Amazon (and the richest person on the planet), Trader Joe’s seems to compliment rather than compete with Whole Foods. The two national chains have harmoniously coexisted East of the Cooper and many are hoping that it could happen on this side of town too.